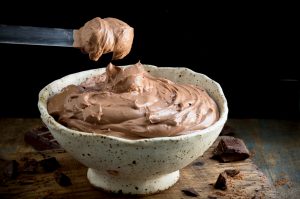 This Keto Chocolate Frosting is a luscious and dreamy frosting that matches perfectly with any chocolate cake or cupcake. This silky cream cheese frosting uses sour cream and heavy whipping cream to make the best fluffy Keto chocolate frosting. This recipe is suitable for those following a low-carb, Keto, Banting, or Atkins diet. 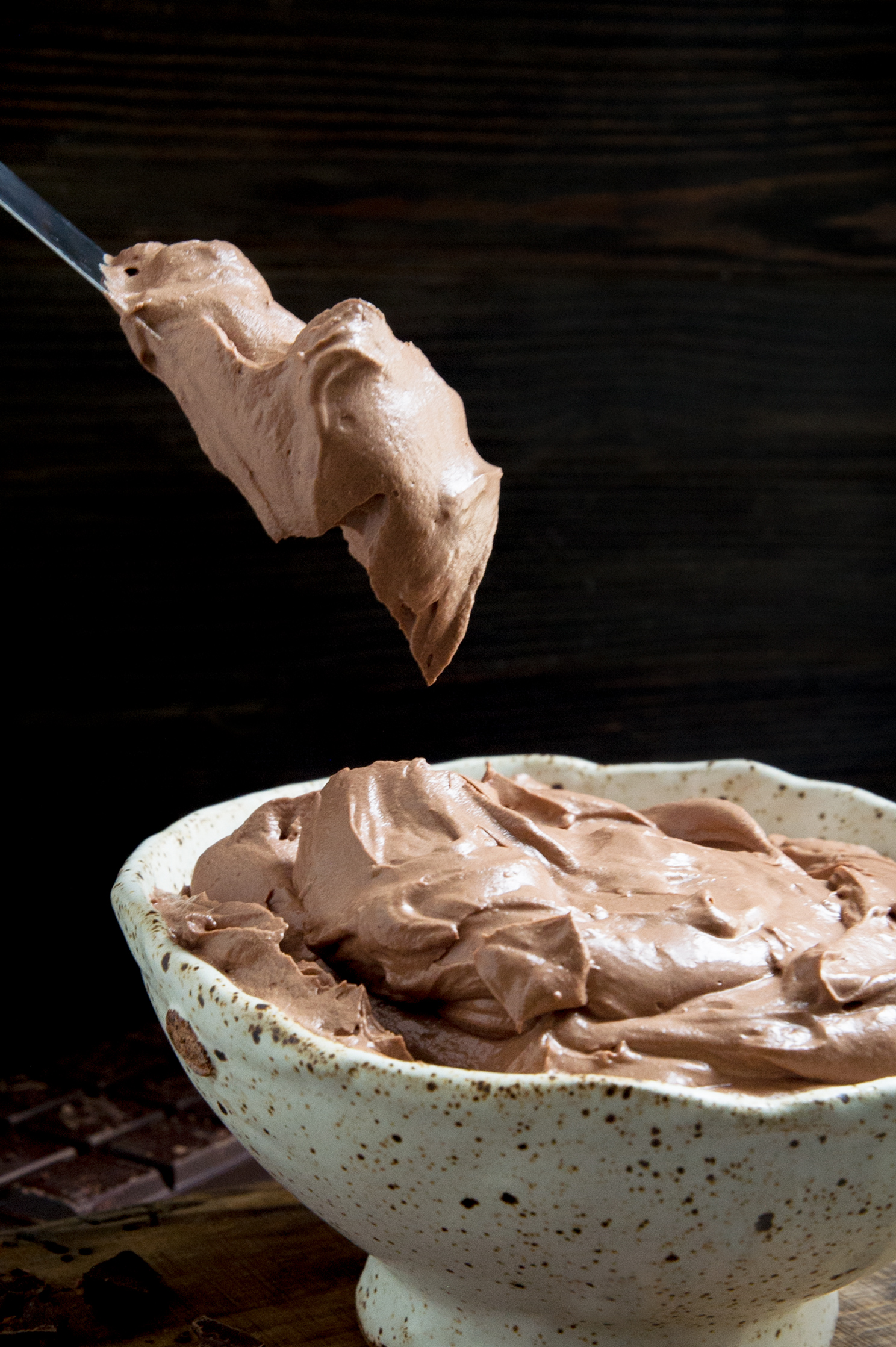 The recipe for Keto Chocolate Frosting

This recipe achieves the most dreamy and silky low-carb chocolate frosting perfect for any cake, cupcake, or baked good. This frosting is so luscious and fluffy that its hard to believe that it’s low carb and keto-friendly.

This recipe makes enough frosting for a two layer cake or 24 cupcakes. If you only have a single layer cake, or 12 cupcakes, you will want to cut the recipe in half.

This recipe is the product of my dream to create a low-carb frosting that closely resembled a chocolate buttercream frosting. I wanted to create a light fluffy frosting with the perfect texture for frosting a cake. On top of this, I wanted the frosting to be just as dreamy and satisfying as the real thing.

Over the years, cream cheese has become the go-to base for low-carb frostings, but cream cheese tends to create a thick and heavy frosting. While still delicious, sometimes it’s nice to have a light frosting that offsets a rich and heavy cake.

By adding a few “secret” ingredients like sour cream, and whipped heavy cream, an everyday cream cheese frosting can transform into a silky luscious chocolate frosting.

Why use cream cheese in frosting?

In this frosting recipe, the cream cheese serves as the base of the frosting. Cream cheese is an ideal choice for those following a Keto diet because it is low in carbs and high in fat. It is also cheaper than using a low-carb sweetener as a frosting base. A traditional buttercream frosting uses butter and powdered sugar to create the frosting base.

Unfortunately, with a low-carb frosting, the cost adds up quickly since low-carb sweeteners tend to be more expensive. I also find that using significant amounts of low-carb sweeteners can create more of an aftertaste and actually make it taste less indulgent. That’s why cream cheese works so well to make this frosting taste like the real thing. 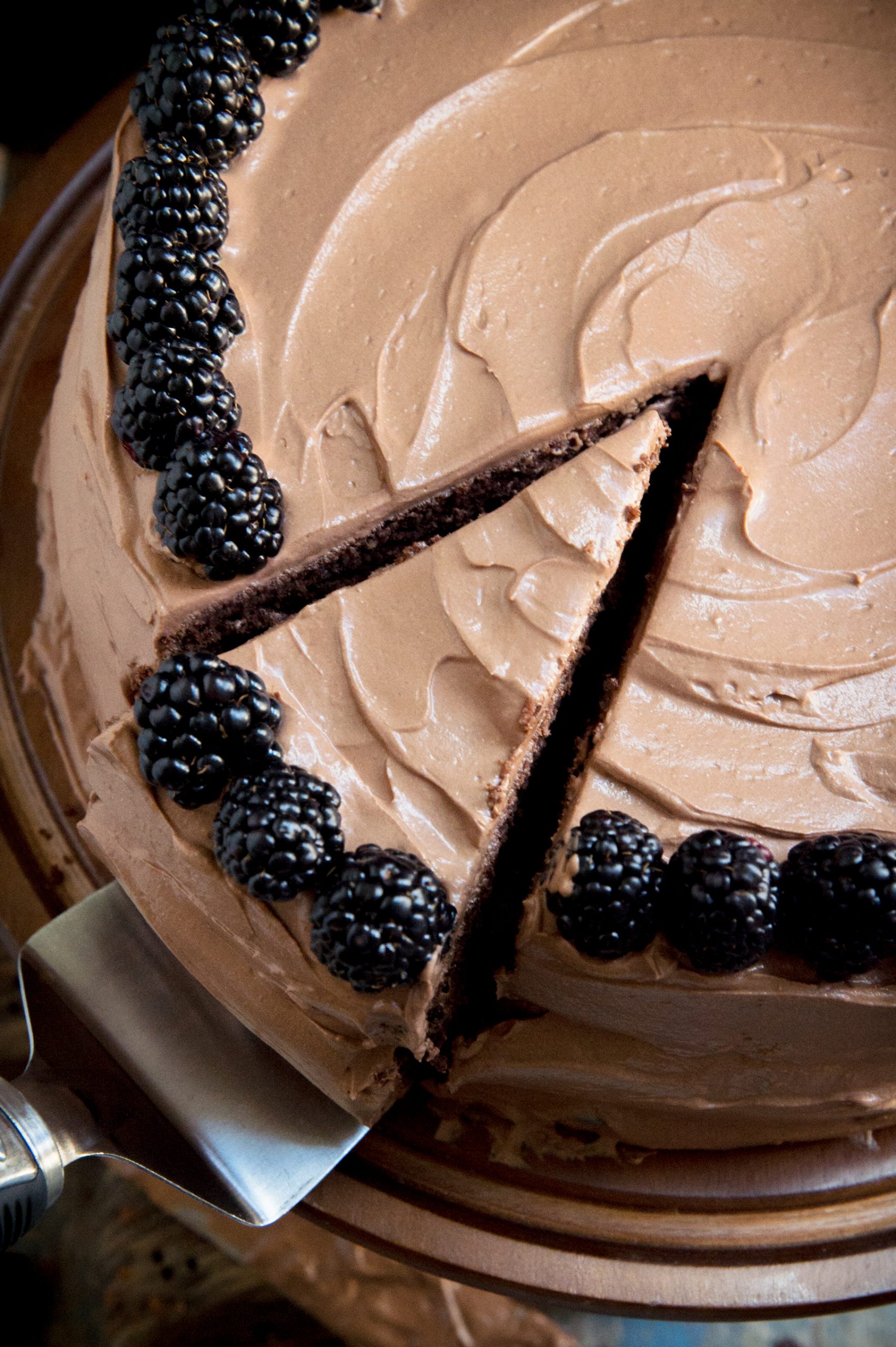 This frosting recipe is so simple and only takes about 15 minutes to make. To successfully make any cream cheese frosting, just a little bit of preparation is required. First, make sure to set out the cream cheese for 45 minutes-1 hour before making the frosting. This will allow the cream cheese to reach room temperature and soften which will make it easier to whip and combine with the other ingredients.

To make this frosting fluffy and light, a hand mixer can be extremely helpful. You might notice that the first step is whipping the cream cheese on its own. This extra step lightens the cream cheese and makes sure it is smooth and creamy before adding any other ingredients.

After that, there are two additional steps to make this frosting as silky and light as possible. First, adding in the sour cream helps lighten the texture of the cream cheese. It also helps balance the flavors of this frosting by providing some contrast with the chocolatey sweetness of the cocoa powder. 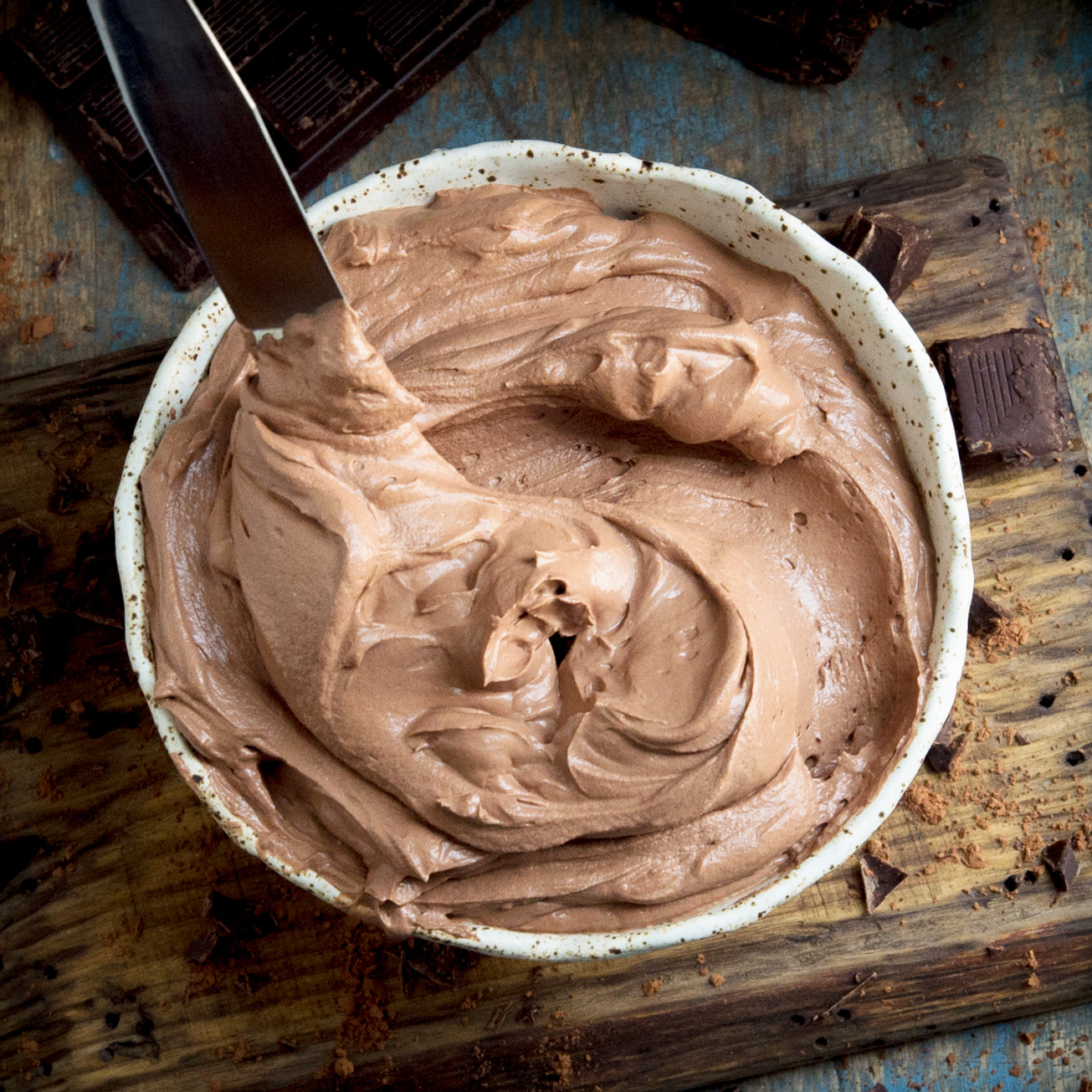 The most important step of this recipe is adding the whipped heavy cream. Be sure to whip the cream in a separate bowl using clean beaters before adding it to the cream cheese mixture.

This is done by scooping the cream cheese mixture with a spatula from below and then folding it over the added whipping cream. Then repeat this step until the whipped cream is fully incorporated and smooth.

While not entirely necessary, I also like taking an extra minute to sift the cocoa powder before adding it to the frosting. Cocoa powder has the tendency to clump together, so sifting it prevents any lumps in the final product. 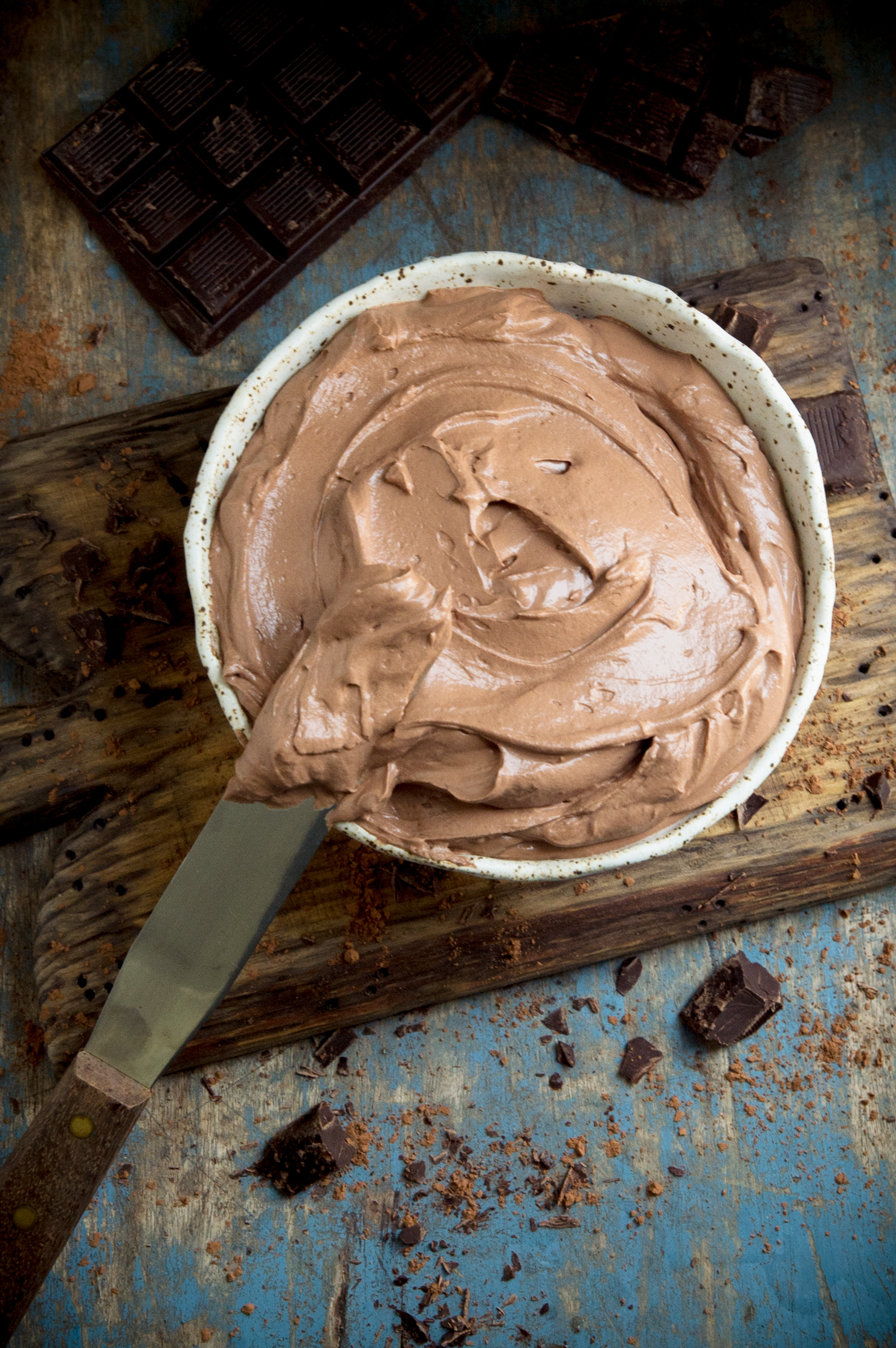 How to thicken cream cheese frosting

Depending on how you choose to frost your cake or cupcakes, you may need the frosting to have a thicker texture. This is especially helpful when frosting designs that need to hold their shape. With this frosting recipe, the easiest way to thicken it is by putting it in the fridge for a few minutes.

Normally, as cream cheese heats up, it becomes softer. So, by cooling it off, it will naturally re-thicken. If you still want the mixture to be even thicker, you could consider adding more cocoa powder. If you choose this method, be sure to add more sweetener to counteract the added bitterness. This will also create a richer, more chocolatey frosting. 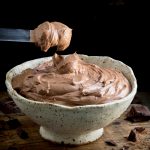 This Keto Chocolate Frosting is a luscious and dreamy frosting that matches perfectly with any chocolate cake or cupcake. This silky cream cheese frosting uses sour cream and heavy whipping cream to make the best fluffy Keto chocolate frosting. This recipe makes enough frosting to frost 2 layers of cake or 24 cupcakes.

This recipe makes about four cups of frosting which is the appropriate amount of frosting for a 2-layer nine inch cake. If you are frosting a single-layer cake or cupcakes, you may want to halve the recipe.